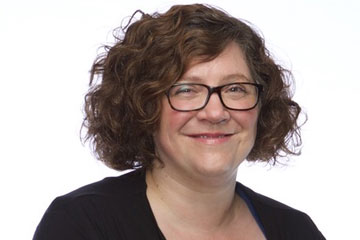 Hadley Friedland was just outside a conference room in Edmonton, speaking over the phone about a presentation on Indigenous law she’d just made to a room full of lawyers and legal academics. The conference was being sponsored by the Law Society of Alberta.

Around the country, First Nation communities, in “acts of self determination,” are striving to rebuild their own laws and governance structures from the legacy of the colonial era. And Canada’s legal community, says Friedland, an assistant professor of law at the University of Alberta, has become eager to discover how Indigenous concepts of law are influencing case law, legislation and legal practitioners.

In that vein, Friedland, along with Shalene Jobin, an associate professor in the U of A’s Faculty of Native Studies and a director of the U of A’s Indigenous Governance and Partnership Program, co-founded the Wahkohtowin Law and Governance Lodge.

Though there are no logs — for the time being the lodge is more a virtual repository for Indigenous legal knowledge than it is a physical structure — Wahkohtowin began its research and work developing Indigenous law at the beginning of May.

The lodge has been funded with a two-year, $567,400 grant from the Alberta Law Foundation. The project honors call to action #50 from the Final Report of the Truth and Reconciliation Commission of Canada, which asks Canada to develop Indigenous law institutes throughout the country in collaboration with Indigenous communities. Wahkohtowin “advances one of the key objects of the Foundation, which is to support Indigenous legal programs,” Darlene Scott, chairwoman of the ALF, said in a statement.

Friedland and Jobin were inspired to approach the law foundation by the research of influential Cree activist Val Napoleon, who entered law school as a grandmother. Napoleon, now research chairwoman and Law Foundation Professor of Aboriginal Justice and Governance at the University of Victoria, established the Indigenous Law Research Unit at UVic’s Faculty of Law and has amassed a storehouse of British Columbia’s Indigenous legal traditions and theories. The work of ILRU became the foundation for the world’s first Indigenous law degree program, launched at the university last year.

“Dr. Napoleon coined the phrase ‘Indigenous legal lodge’ to hold her work,” says Friedland, who earned her law degree at UVic. “And that’s a concept we are working with.”

The Wahkohtowin Lodge’s work has begun with outreach to First Nations communities in Alberta hungering to “try and articulate and identify their own laws and legal principles.” Those principles will cover every kind of legal practice area that exists, because, Friedland says, “Indigenous societies are whole societies as well. Shalene’s work speaks to that.” But, adds Friedland, asked if some communities might resist working with academics, even if they have Indigenous heritage, “We are not going to just show up at the door of communities and ask to work with them. We will respond to invitations of interest from communities. And there’s no shortage of that.”

Already, in its first stage, Wahkohtowin has projects on the go, says Jobin. At the end of May 2018 Wahkohtowin held a three-day workshop at the U of A where elders, community leaders and members of the law profession worked together to help communities determine the vision of legal governance they want.

In a pilot project, says Jobin, the lodge has also been asked to help the Aseniwuche Winewak Nation near Grande Cache, Alta. to develop its own constitution-building resources. “We were approached by a community to do that work and that is happening right now as well.”

Friedland says there is an urgent need for Canada’s judges, lawyers and law students to increase their competency in Indigenous law.

“We have this educational deficit in Canada where we haven’t been teaching Indigenous law in law schools for 100 years. So [lawyers] are realizing they need more resources to be able to competently practise.”