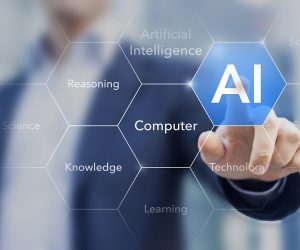 In an age of constant, complex and disruptive technological innovation, knowing what, when, and how to structure regulatory interventions has become more difficult. Regulators find themselves in a situation where they believe they must opt for either reckless action (regulation without sufficient facts) or paralysis (doing nothing). Inevitably in such a case, caution tends to trump risk. But such caution merely functions to reinforce the status quo and makes it harder for new technologies to reach the market in a timely or efficient manner. The solution: lawmaking and regulatory design needs to become more proactive, dynamic, and responsive. So how can regulators actually achieve these goals? What can regulators do to promote innovation and offer better opportunities to people wanting to build a new business around a disruptive technology or simply enjoy the benefits of a disruptive new technology as a consumer?

Following an increase in lapses of courtesy and inappropriate conduct in court, a new protocol for providing judicial feedback was introduced on 1 September 2016. It seeks to plug the gap between taking no action and making a formal disciplinary complaint. In this article, Thio Shen Yi, Senior Counsel, President of the Law Society, explained the reasons for the protocol.

The article was featured in the Law Society of Singapore’s monthly newsletter, and the president’s message appeared in the July issue of the Singapore Law Gazette.

Newsletter of the Law Society of Singapore, October edition

This guide by Karen Dunn Skinner and David Skinner of Gimbal Canada, was presented at the 2016 International Conference of Legal Regulators.

Session title: Rethinking the application of technology to regulatory work

Intro to US admissions, Laurel Terry

US guide to bar admission requirements, 2016

US Adoption of the UBE (Uniform Bar Examination)

Becoming a lawyer in Alberta, Canada